Expert Roundup: Who Will Disrupt the Moving Industry and How? A recent article in Forbes stated that the $12B annual moving industry is among seven industries ripe for disruption. Who will be first to disrupt this industry, and how? What part will technology play?

We asked the experts and received a number of insightful responses, including some case studies of businesses that are already disrupting the status quo in the moving and shipping industry.

Watch for Aggregators of Moving Services

Submitted by: Charlotte Ang, Founder of RentALorry in Singapore

To understand who will be the first to disrupt the moving industry, we must first find out the pain points of consumers who are engaging with moving services. The moving industry is often not transparent with pricing and consumers are usually at the losing end.

Pick-up and drop-off addresses and items to be moved will vary with each request, making it a challenge to standardize the price of each move.

This flaw in the moving industry has been ongoing for the past few decades and is even prevalent till today. Some movers take advantage of this pricing mystery and charge consumers a high price for their services, earning the whole moving industry a bad reputation.

I would say that any aggregator with a marketplace for moving services to show transparent pricing will be the first to disrupt the industry.


Many startups today try to come in to be another “Uber for movers” but what they fail to understand is the main pain point. Customers are not looking for immediate on-demand moving services, but better customer experience and transparent pricing. (Ed. note: See moveBuddah, below)

What part will technology play?

Because of the different variations of every move, artificial intelligence will be useful to determine the price of each unique request. Dynamic websites will be useful for customers to pick and choose the service with pricing shown immediately.

Charlotte Ang founded Rentalorry, a moving company in Singapore, at the age of 23. She is in charge of implementing new digital strategies and technologies to bring this traditional moving company to greater heights.

Video and AI — The Way of the Future

The elimination of the traditional “on-site estimate” is the biggest technology-driven change we currently see going on in the moving industry.

Moving companies who are leveraging video and AI-based on-site surveys are cutting their sales costs and closing more business than companies still sending a rep out to customers’ homes and properties.

This streamlining of the sales process opens the doors for booking a moving company to look more like booking a flight in the future.

Ryan Carrigan is the Co-founder of moveBuddha — the fastest and easiest way to plan a move online. They’ve helped thousands of people successfully complete local and long-distance moves.

Our company, HireAHelper (based in Oceanside, CA) is already disrupting the moving industry by providing an alternative form of relocating called “hybrid moving.”

Using the hybrid moving approach, you rent your own moving truck and hire hourly moving professionals to do the loading and unloading. By driving your own moving truck, it’s dramatically cheaper than hiring a full-service moving company and it’s much more secure. On average, full-service movers cost just over $2,500. A budget-friendly hybrid move costs an average of $910 after the cost of the truck. It can save people over $1,600 on average — not to mention a few trips to the chiropractor. And because you control the transport, it also mitigates a common scam where rogue moving companies will hold belongings “hostage” until a higher-than-quoted price is paid.

You can hire professional movers by the hour anywhere in the U.S. using HireAHelper.

Mike Glanz was born and raised in San Diego, CA. Mike launched HireAHelper in 2007 to provide consumers with a new way to move, called “Hybrid Moving”  – a cross between the affordability of moving yourself, and the ease of paying movers to do it for you. To date, the company has helped with more than 400,000 moving jobs around the United States.

Watch for the Tech Giants

I think we’re likely to see the multi-national tech giants, like Amazon and Google (Amazon, in particular) target the removal industry at some point – mainly because of the type of transportation technology that they’re developing.

After all, the technology they’re currently working on like delivery drones and driverless vehicles have the potential to make the removal industry unrecognizable from what it was a couple of decades ago.

Based on how technology seems to be developing at this point in time, I don’t think it’s that farfetched to picture some kind of artificial intelligence that helps people pack, load and unpack their belongings from the removal vehicle either, whether that’s something as simple as a programmable pallet truck, or as complicated as a robot.

Kraig Martin is the Commercial Director for Storage Vault, a self-storage company based in Glasgow, Scotland.

I read the paragraph in the Forbes article and partially agree that technology is disrupting the moving industry. Still, most of our clients prefer to talk to a real person on the phone and book the service that way.

My concerns are that in a few years, some moving companies will try to use fully automated call centers, powered by A.I. At this stage, I don’t think A.I. is capable of handling such a complex service.

I have seen Google’s A.I. do just fine booking a dinner at a restaurant or a haircut at the barber’s shop. But that’s not as complex as dealing with a customer who’s moving their entire home. On a daily basis, when dealing with a single customer, we have to answer an average of 15 questions, each of which has its own specifications. Answering those questions usually requires communication with multiple departments before providing an exact answer to the client.

I don’t think A.I. will be able to properly understand, process and deal effectively with such a task any time soon. Attempts will be made though, and this will cause some disruption. I personally think such attempts will be unsuccessful.

I do agree with the author of the Forbes article who says that “there is an opportunity here for a company to come in, professionalize the industry, provide standard prices, high-quality service and utilize reviews to demonstrate their brand value.” However, it sounds a lot easier to say it than to take action.

Transparent and Fair Pricing is Still a Concern

Pricing is a huge concern when it comes to domestic services and the moving industry is not an exception. There are a lot of “fake” quotes on the market that are 20-50% lower than what we provide our customers.

Eventually, it turns out there are hidden costs in these “cheap” quotes. Their actual cost is hidden from the customer at the stage of the booking process.

As a result, these unreliable companies hurt their own reputation and that of the entire industry.

It is often challenging for professional companies such as Fantastic Services to compete with these types of companies. However, I see a steady increase in customers who are no longer afraid of accepting moving quotes with a price that is average for the industry if they feel they’re getting fair service. In the past, cheap quotes were preferred by the majority of the people. The market is beginning to lose its trust in suspiciously low-priced quotes.

Kate Hart is the Removals and Relocation Manager for Fantastic Services, a company in the UK that offers all kinds of domestic services.

We recently purchased five Tesla Motors semi trucks which are fully electric. We are among the first to move toward an environmentally friendly shipping fleet. This will help to reduce fossil fuel requirements by our trucking fleet, thus reducing our emissions footprint. I believe this trend will continue to grow as technology improves and more organizations recognize the benefits.

Also, in our industry, more and more car manufacturers are considering ocean containers as an alternative method for shipping their cars around the world. The traditional method is roll-on-roll-off, where the cars are driven on and off ships that look like giant floating parking garages.

Since our specialty is shipping primarily used cars in containers, the containerization trend in the new car industry is extremely exciting as we have an opportunity to grab some of that giant market share, which translates into big numbers for us. We already have one major new car shipping contract – Tesla Motors – with the goal of adding other similar contracts this year.

Christoph Seitz is Co-owner of CFR Rinkens, a global leader in the shipping of commercial cargo, specializing in the containerized shipping of motor vehicles.

Submitted by: Greg Githens, Author of How to Think Strategically

I just spent the better part of two days on both ends of a move observing the flows of information.

I sense that there is an opportunity for improving workflows and to leverage tools for scaling up the service side of the business.  If there are people who are thinking strategically, there might be potential to gain an advantage in the moving industry.

The word “disruption” is far overused.  There are clearly some discontinuities present and some of those might scale up.  I explain the lifecycle of a discontinuity-disruption in Chapter 2 of my new book, How to Think Strategically.

Greg Githens, the Strategic Thinking Coach, is based in Tampa Bay, Florida. He works with clients (individuals and teams) worldwide via virtual and face-face. 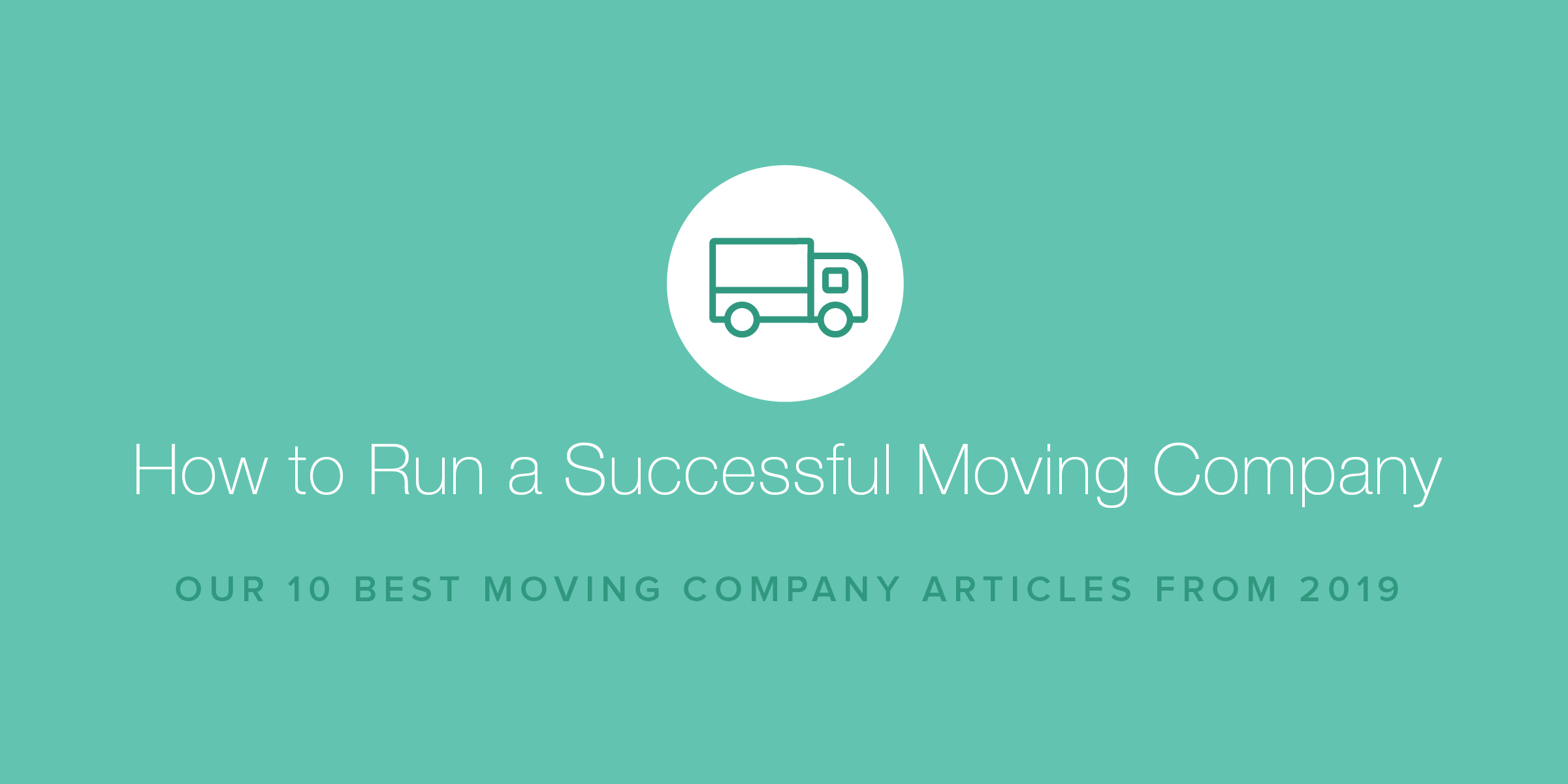